Dr. O’Neal received his undergraduate degree from the University of South Florida (USF), and medical school at the Kansas City University of Medicine and Biosciences. Residency training was completed at the USF College of Medicine, where he was elected the Chief Resident. Dr. O’Neal has published more than 20 articles in peer-reviewed scientific journals. He has received numerous awards for his scholarly achievements, research, and contributions to medical student education. He was 1 of only 15 national physicians to receive the prestigious American Medical Association (AMA) Young Physician Leadership Award. This award is given to the few physicians under the age of 40 who are considered the future leaders of medicine in the United States.

Dr. O’Neal is considered one of the most innovative, entrepreneurial physicians of the past decade. He introduced the concept of concierge medicine to the Tampa Bay area in 2002, and is credited with developing the first concierge medical practice in the U.S. ever created from scratch (non-transitioned). The medical journal, Family Practice Management, selected his concept of Membership Medicine as a ‘Top 10 Idea in Medicine’ in 2004. In 2010, he co-founded Physicians Nutraceutical Concepts, featuring BodyCustom supplements, which includes a product line that is NSF Certified for Sport and a novel custom supplement program, which he personally developed. The online publication Concierge Medicine Today selected Dr. O’Neal as one of 16 concierge physicians in the United States and Canada to watch in 2012. Dr. O'Neal was selected as 1 of 6 finalists for Tampa Bay Business Journal Health Care Hero for 2012. (400 physician nominees)

Dr. O’Neal served as a physician for the Toronto Blue Jays professional baseball organization for six years. He previously held a teaching position in the Department of Family Medicine at USF-COM and is a Diplomate of the American Board of Family Physicians (Board Certified). Dr. O’Neal is an authority on Concierge Medicine, and is passionate about promoting natural alternatives for enhancing athletic performance. He has attracted a diverse clientele, including several A-list celebrities and elite athletes, including players from MLB, NFL, NHL, NBA, PGA, and former Olympians.

He is media savvy and has given numerous interviews for print, radio, and all major television networks speaking as an expert on topics ranging from preventative care, sports injuries, and the health care system. He has been the focus of dozens of articles on concierge medicine, including 2 magazine covers and 5 front page newspaper features. 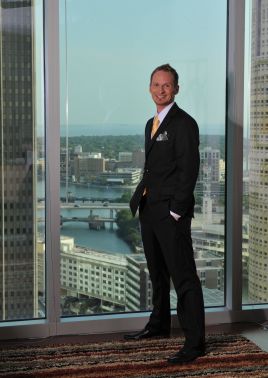